1. The setup/loop paradigm and tele-operated code

In this tutorial, we’ll be going over the basics of coding for PiE, and write some sample tele-operated code.

NOTE: This tutorial is designed around a game different from this year’s PiE game, and for a robot construction that may be different from yours. It will explain the tools available for you to program your robot – it is not a library of code you can copy-paste into your robot and run without modifications.

As a running example throughout the tutorials, we’ll be showing how to program a robot to play tug-of-war.

Our robot will have four wheels, with one motor on each side. A rope will be tied to the robot frame, and the object of the game is to pull the opponent’s robot onto your side of the field.

In this tutorial, we will explain how to drive backwards when commanded to with an XBox controller.

We’re going to assume you can open up Dawn and connect it to your robot. (For info on how to do that, see the Quickstart guide.)

You may already have some code in Dawn. We recommend you save that code and open up a new file.

Delete everything and start with the minimal code you need to have a working robot:

Currently, the contents of these functions are just pass. pass is an instruction that does nothing – so with this code, your robot will never move!

Progress of a match

A match consists of an autonomous and a tele-operated phase (see the game rules for more details). Your code will be run in the following order:

For this tutorial, we’ll be focusing only on the tele-operated code.

Change the tele-op code so that it looks like this:

Your entire file should now read like this: (from now on we’ll only be showing the section of the file that need to be changed.)

Now use Dawn to upload and run your code. (Remember to upload before pressing play to run the code!)

When you toggle the console, you should see the following: 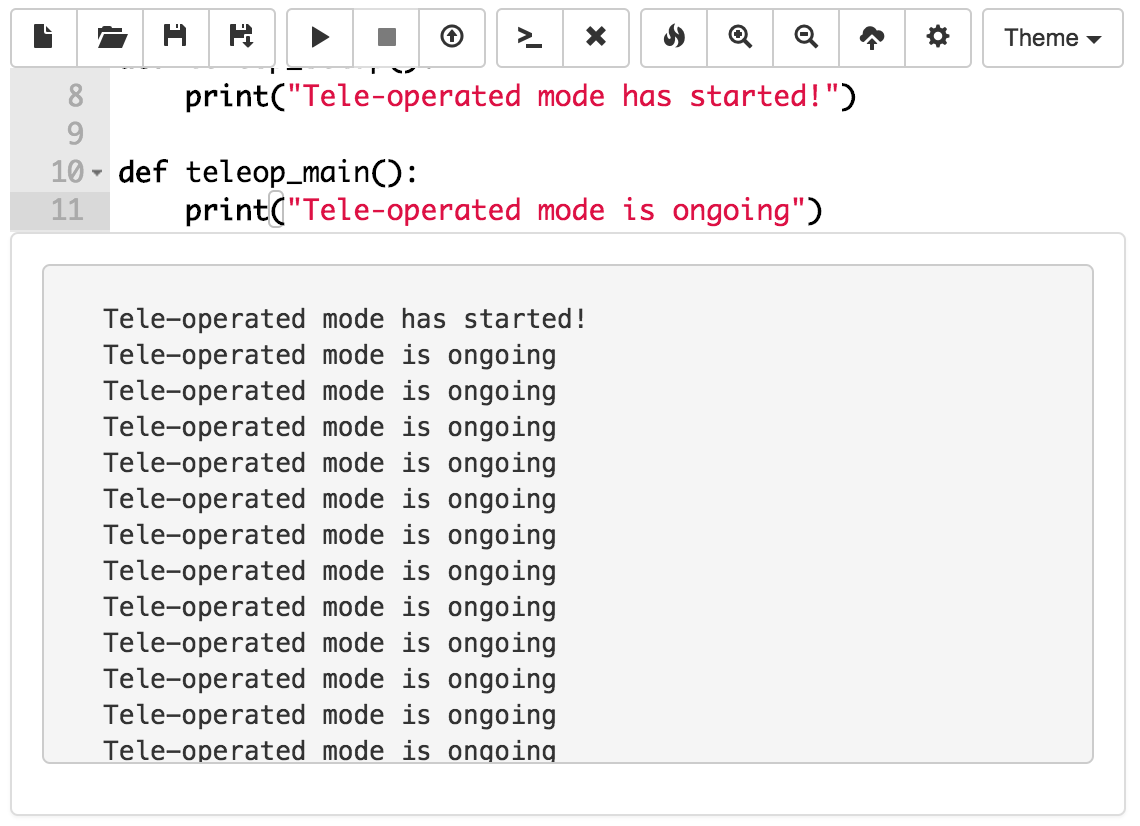 Next, we need to write the code for driving the robot.

The kit uses unique numerical IDs to refer to all peripherals (motors, sensors, etc.) attached to you robot. We will create variables to hold the IDs for the left and right motor.

Add the following code to the top of the file, substituting your IDs: 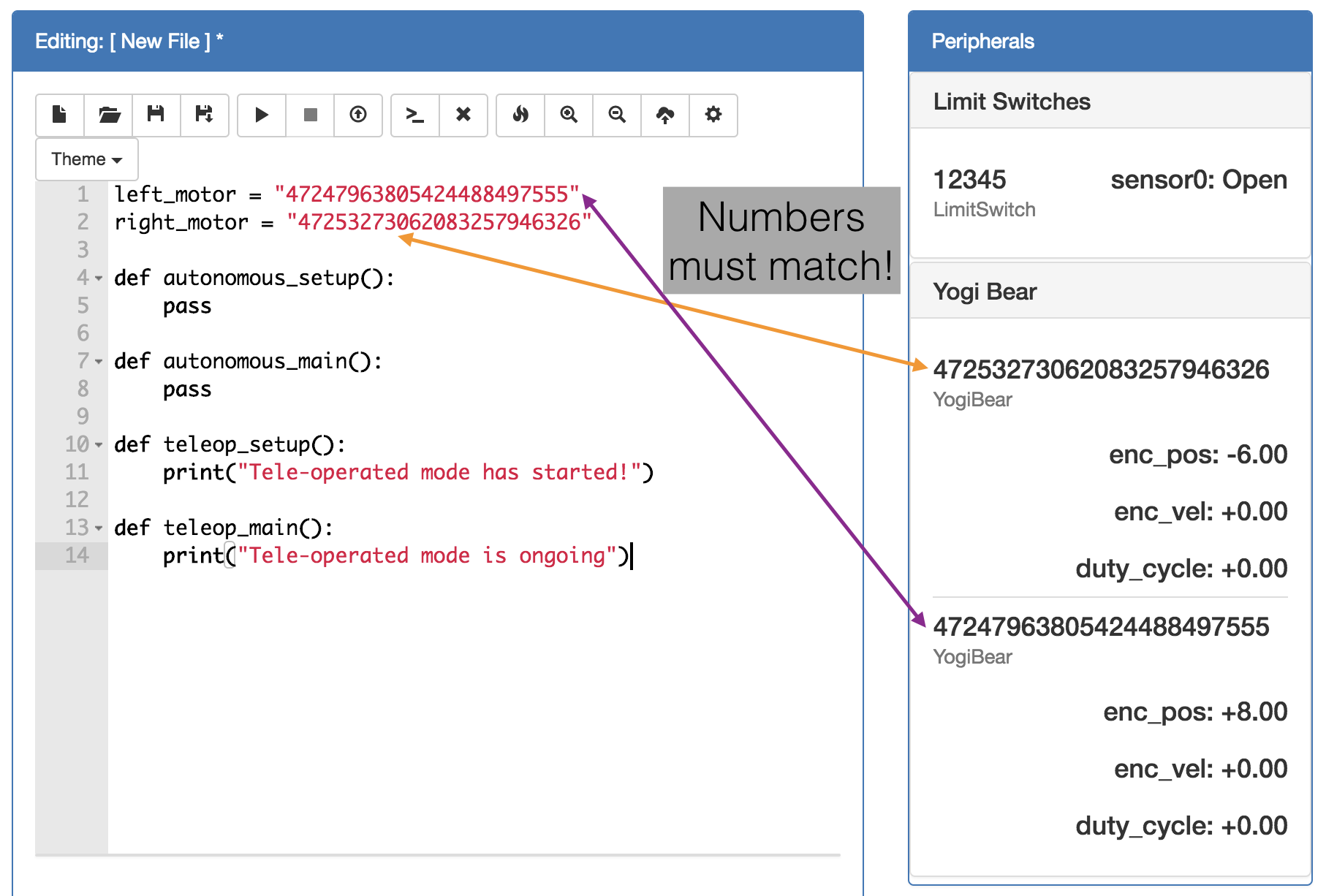 You will notice that in the sidebar, each Yogi Bear motor controller has several values: duty_cycle, enc_pos, enc_vel. These are known as “parameters” associated with the device. To make the motor drive, we will need to set the duty_cycle parameter.

Note that you might need to flip the negative sign to get the robot to drive backwards (the direction the motors need to spin will depend on how you built and wired your robot.)

Try running this code in Dawn until the robot is able to drive backwards.

Now let’s actually make the driving controllable. The goal is to drive backwards when you pull the left thumb-stick on your controller backwards.

So far, we have not used teleop_setup in any way.

The setup functions exist to allow setting some values when a robot first starts running. As an example, let’s assume that we have a limit switch mounted on the robot. Depending on whether the limit switch is pressed as the tele-operated period starts, we would like our robot to drive at different speeds.

Here is code that can accomplish this:

Note that we are assigning to a new Robot.speed variable. Variables created inside a function are cleared when the function finishes running – therefore, we use the Robot object to ensure that our values are retained across all calls of both teleop_setup and teleop_main.